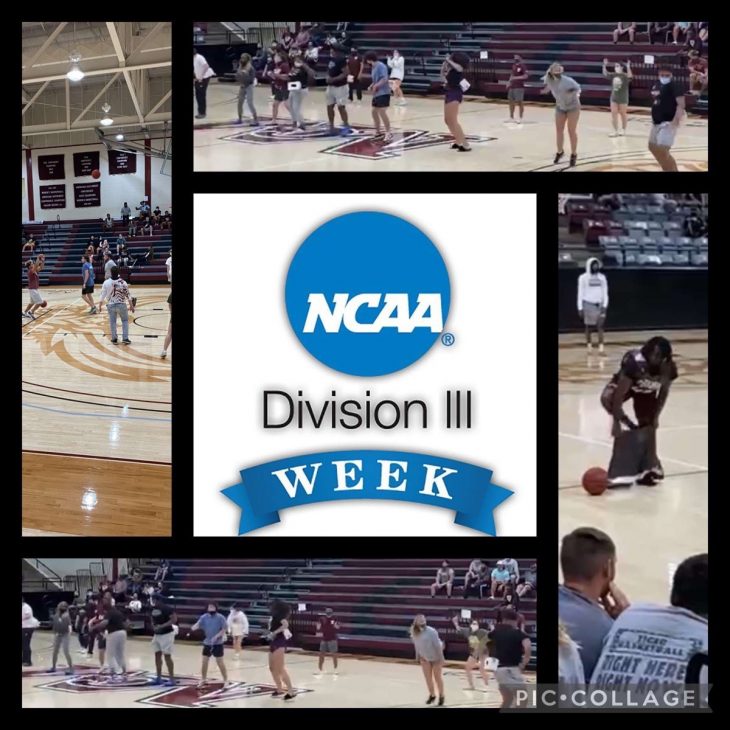 McMurry University was one of many schools across the country that took time to recognize their scholar athletes in the celebration of NCAA Division III week, which officially took place April 5, 2021 to April 11, 2021. McMurry was one of more than four hundred forty schools that participated.

The NCAA describes Division III week as “a positive opportunity for all individuals associated with Division III to observe and celebrate the impact of athletics and of student-athletes on the campus and the surrounding community.” The goal is to build a greater awareness and understanding of Division III athletics.

The major event that took place for these Scholar athletes was an ice cream social that also included lots of fun and games. Each team sat together during this time and enjoyed one another’s company will enjoying ice cream and soon began friendly competition against other teams in lots of different games.

The kickoff to the event began with the well-known ping-pong in a tissue box game where several different competitors tie a box full of ping-pong balls to their waste and the first one to shake out all the ping-pong balls wins. This game was interesting to watch and definitely funny.

The next game that took place was the knock-out game, there were so many people playing that it got intense fast once numbers started dropping and there were only a handful left in the game. John Rodriquez won the knock-out game and celebrated greatly with his teammates.

The three-legged race took place next, and teammates worked together to race other teams with one of their legs tied to their teammate, a classic! Many of the teams stumbled and fell but they all were determined to finish the race.

The basketball jersey race was different, competitors had to dribble a basketball and then put on an oversized jersey and basketball shorts before making a layup.

Musical chairs took place after the jersey race and though musical chairs is usually a kids game competition got fierce. A chair was even broken during one of the rounds.

Sophomore Swimmer Maddie Smith says, “It was a lot of fun competing against other teams in silly games and just having time with other athletes on campus. I wasn’t able to win the musical chairs activity, but I still enjoyed playing. It was nice to be able come together as an athletic program once again. Honestly, it feels like it has been forever since the last time I could gather with my teammates amongst others and enjoy everyone’s company together.”

There were other games played too, the ice cream social was a success and the scholar athletes of McMurry enjoyed a night of fun during Division III week. The student-athletes have a strong connection with the McMurry campus and push each other to be great and show support as fellow War Hawks to other teams around campus.